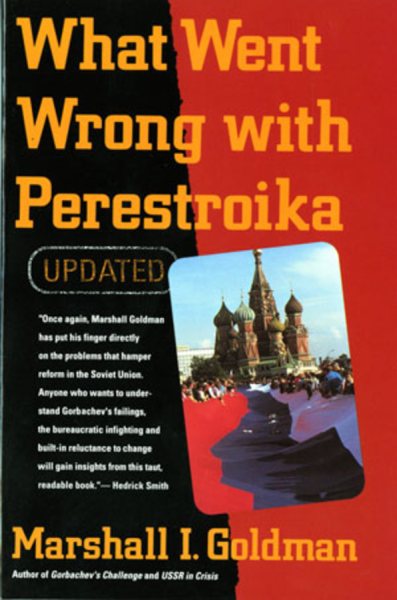 A political commentator discusses the rise and fall of Mikhail Gorbachev, revealing Gorbachev as a reluctant reformer, who did nothing to counter the nation's overindulgence of heavy industry Read More
A critical analysis of the economic reforms of Mikhail Gorbachev, which claims that the Soviet leader did little to counter the nation's overindulgence in heavy industry or to combat a burgeoning budget deficit. The resultant economic collapse, it is argued, led to political disintegration. Read Less

Goodreads reviews for What Went Wrong with Perestroika (Updated)

What Went Wrong With Perestroika