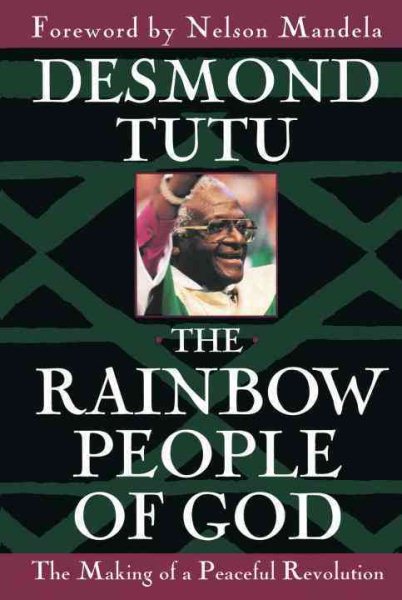 Letters, sermons, and other documents written by the Archbishop of Capetown--together with connecting narrative by journalist John Allen--provide a firsthand history of his leadership of South Africa's anti-apartheid movement Read More
The Rainbow People Of God traces South Africa's glorious victory over apartheid in the writings and speeches of one its central figures, Archbishop Desmond Tutu. From the graveside of Steven Biko to the triumphant inauguration of Nelson Mandela as President of South Africa, Tutu's words and presence helped shape events and led South Africa toward justice and freedom. This astonishing tapestry of narrative is not only a valuable historical document of those significant events, but it also showcases the unique sense of spirit of one of the foremost spiritual leaders in the world. Tested through the greatest adversity, these writings will endure for generations to come by their truly powerful combination of compassion and strength. Read Less

Goodreads reviews for The Rainbow People of God: The Making of a Peaceful Revolution

The Book of Joy: Lasting Happiness in a Changing World