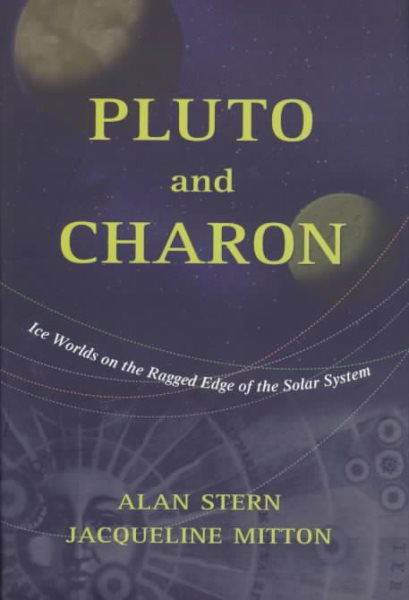 Recounts the earliest search for Pluto, its discovery in 1930, and what has been learned about it since then through space missions and the Hubble Space Telescope Read More
Rave reviews for Pluto and Charon: Ice Worlds on the Ragged Edge of the Solar SystemThe story of the quest to understand Pluto and the resulting transformation of our concept of the diminutive planet from that of solar-system misfit to king of the Kuiper Belt is told in this book by Alan Stern and Jacqueline Mitton. Stern, a Plutophile to the core, is one of the most energetic, talented, and savvy planetary astronomers in the business today. Mitton, trained as an astronomer, is an experienced writer and editor of scientific books for nonscientists. Together they have created an immensely informative book . . . Written in an engaging and informal style, Pluto and Charon takes the reader step by step from the discovery of the ninth planet in 1930 to the current understanding of Pluto and its moon, Charon.-Sky & TelescopeMore than a book summarizing what we know about [the] planet, [Pluto and Charon is] about how far and how fast astronomical technology has come since 1965 . . . Stern and Mitton use the narrative of Pluto research to explain in comfortable, everyday language how such work is done . . . One of the nice touches in the book is that Stern and Mitton tell us something about each astronomer.-AstronomyPluto and Charon presents the exploration of the ninth planet-written as a vivid historical account-for anyone with an interest in science and astronomy . . . the authors describe in simple language the methods researchers use to explore the universe and the way ever-improving instrumentation helps their knowledge advance.-Physics Today Read Less

Goodreads reviews for Pluto and Charon: Ice Worlds on the Ragged Edge of the Solar System

Once Upon a Starry Night: A Book of Constellations

The Planet Gods: Myths and Facts About the Solar System