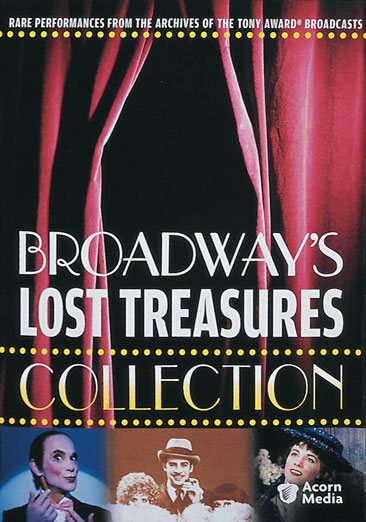 A history of the American musical theater with compilation of archival material featuring performanaces by original cast members. Read More
This program collects all three entries in the Broadway's Lost Treasures series, making for an unparalleled compilation of rare original cast performances from the Tony Awards, with numbers from some of the biggest and most beloved Broadway musicals of the 20th century. These performances - which were seen only once in their original telecasts - have been rescued from the archives and compiled with introductions by Angela Lansbury, Jerry Orbach, Tommy Tune and many others. Dozens of classic songs from classic shows like Cabaret, Chicago, My Fair Lady, Gypsy and Damn Yankees are included in these programs, featuring mesmerizing stars like Julie Andrews, Joel Grey, Chita Rivera, Carol Channing, Harvey Fierstein, John Raitt and Gregory Hines. Read Less