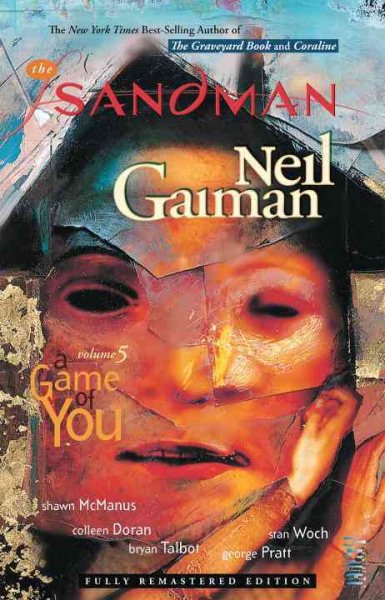 When Barbie's fantasy world starts affecting real life, she enters deeper into her dream world, and her friends follow her into that world in order to stop the sinister, mysterious Cuckoo, which wants her dead. Read More
Volume Five of New York Times best selling author Neil Gaiman’s acclaimed creation THE SANDMAN collects one of the series’ most beloved storylines.Take an apartment house, add in a drag queen, a lesbian couple, some talking animals, a talking severed head, a confused heroine and the deadly Cuckoo. Stir vigorously with a hurricane and Morpheus himself and you get this fifth installment of the SANDMAN series. This story stars Barbie, who first makes an appearance in THE DOLL’S HOUSE and now finds herself a princess in a vivid dreamworld. Read Less

Goodreads reviews for The Sandman, Vol. 5: A Game of You

M is for Magic