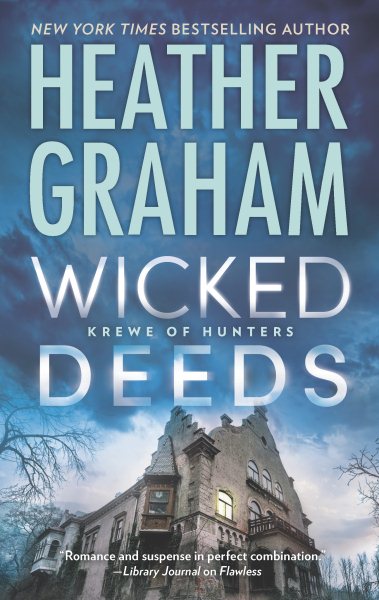 A romantic weekend for historian Vickie Preston and special agent Griffin Pryce is interrupted by the murder of a popular author in a literature-themed restaurant, a case with disturbing parallels to the works of Edgar Allan Poe. Read More
Nevermore…Eager to start their life together, historian Vickie Preston and Special Agent Griffin Pryce take a detour en route to their new home in Virginia and stop for a visit in Baltimore. But their romantic weekend is interrupted when a popular author is found dead in the basement of an Edgar Allan Poe—themed restaurant. Because of the mysterious circumstances surrounding the corpse, the FBI’s Krewe of Hunters paranormal team is invited to investigate. As more bizarre deaths occur, Vickie and Griffin are drawn into a case that has disturbing echoes of Poe’s great works, bringing the horrors of his fiction to life.The restaurant is headquarters to scholars and fans, and any of them could be a merciless killer. Except there’s also something reaching out from beyond the grave. The late, great Edgar Allan Poe himself is appearing to Vickie in dreams and visions with cryptic information about the murders. Unless they can uncover whose twisted mind is orchestrating the dramatic re-creations, Vickie and Griffin’s future as a couple might never begin… Read Less

The Night Is Watching (Krewe of Hunters)