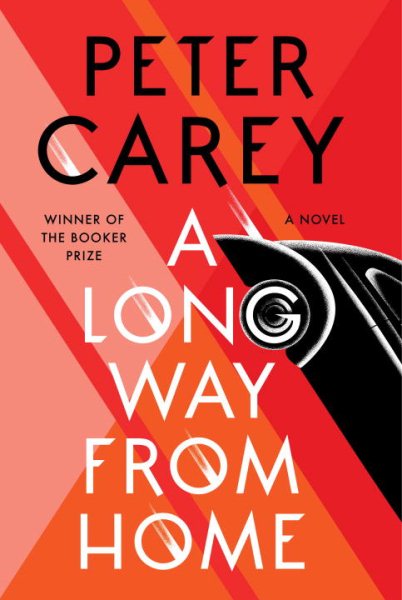 Irene Bobs, her car salesman husband, and a thrill-seeking quiz-show champion enter a dangerous race that circumnavigates the natural obstacles of 1954 Australia. Read More
"The two-time Booker Prize-winning author now gives us a wildly exuberant, wily new novel that circumnavigates 1954 Australia, revealing as much about the country-continent as it does about three audacious individuals who take part in the infamous 10,000mile race, the Redex Trial. Irene Bobs loves fast driving. Her husband is the best car salesman in south eastern Australia. Together they enter the Redex Trial, a brutal race around the ancient continent, over roads no car will ever quite survive. With them is their lanky fair-haired navigator, Willie Bachhuber, a quiz show champion and failed school teacher who calls the turns and creeks crossings on a map that will remove them, without warning, from the white Australia they all know so well. This is a thrilling high speed story that starts in one way, and then takes you some place else. It is often funny, more so as the world gets stranger, and always a page-turner even as you learn a history these characters never knew themselves. Set in the 1950s, this a world every American will recognize: black, white, who we are, how we got here, and what we did to each other along the way. A Long Way from Home is Peter Carey's late style masterpiece"-- Read Less

Goodreads reviews for A Long Way from Home: A novel

My Life As A Fake

True History of the Kelly Gang: A Novel