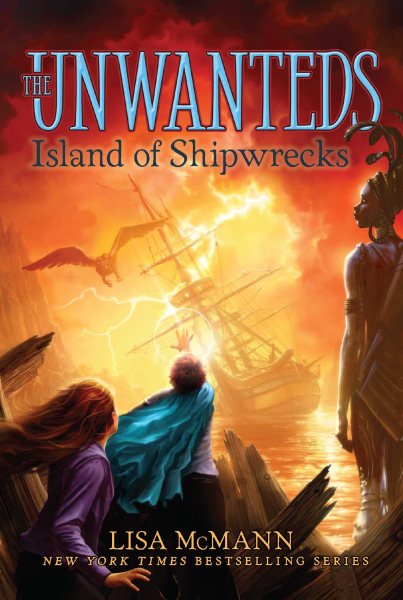 Alex and his friends are stranded on a newly-discovered island, and they are not alone, while in Quill, his twin Aaron's power base grows as he joins with an unlikely ally in a risky plan to finally conquer Artimâe. Read More
A risky decision endangers both Artimé and Quill in book five of the New York Times bestselling Unwanteds series, which Kirkus Reviews called &apos;The Hunger Games meets Harry Potter.&apos;Alex and his friends from Artimé are stranded on a newly discovered island after barely surviving a storm that destroys their ship. And it turns out they&apos;re not alone&apos; Back in Quill, Aaron&apos;s power base grows as he aligns himself with an unlikely ally. Together, the two enact a drastic, risky plan to finally conquer Artimé&apos;a plan that could ultimately leave everyone in both Artimé and Quill in far more danger than Aaron realizes. Read Less

Goodreads reviews for Island of Shipwrecks (5) (The Unwanteds)

Island of Silence (2) (The Unwanteds)