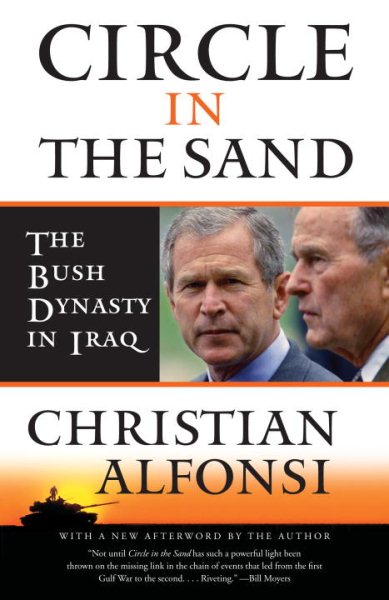 Explains how decisions made during the first Bush White House at the time of Desert Storm and the first Gulf War, including that to leave Saddam Hussein in power, led to the current administration's decision to invade Iraq as part of the War on Terror. Reprint. Read More
Essential to understanding the roots of one of the worst foreign policy disasters in American history, Circle in the Sand is a revelation-filled account that exposes the troubling links between the two Bush presidencies and their wars in Iraq. Drawing on hundreds of never-before-revealed White House documents, as well as interviews with top officials from both Bush administrations, Christian Alfonsi paints a devastating new portrait of the Bush dynasty. Read Less

Goodreads reviews for Circle in the Sand: The Bush Dynasty in Iraq

Circle in the Sand: Why We Went Back to Iraq

Still Off My Rocker