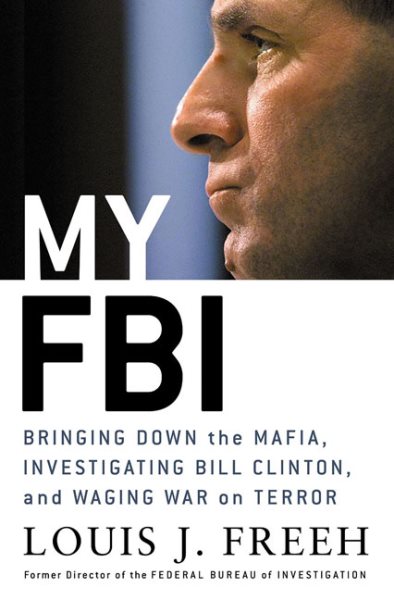 A former head of the FBI describes his appointment to the Bureau, efforts to overcome under-funding and outdated technical resources, and determination to reform the FBI while protecting its freedom from political interference. Read More
Louis Freeh led the Federal Bureau of Investigation from 1993 to 2001, through some of the most tumultuous times in its long history. This is the story of a life in law enforcement, and of one man’s determined struggle to strengthen and reform the FBI while ensuring its freedom from political interference. Bill Clinton called Freeh a “law enforcement legend” when he nominated him as FBI Director. The good feelings would not last. Going toe-to-toe with his boss during the scandal-plagued ‘90s, Freeh fought hard to defend his agency from political interference and to protect America from the growing threat of international terrorism. When Clinton later called that appointment the worst one he had made as president, Freeh considered it “a badge of honor.”  This is Freeh’s entire story, from his Catholic upbringing in New Jersey to law school, the FBI training academy, his career as a US District attorney and as a federal judge, and finally his eight years as the nation’s top cop. This is the definitive account of American law enforcement in the run-up to September 11. Freeh is clear-eyed, frank, the ultimate realist, and he offers resolute vision for the struggles ahead. Read Less

Goodreads reviews for My FBI: Bringing Down the Mafia, Investigating Bill Clinton, and Fighting the War on Terror

My FBI: Bringing Down the Mafia, Investigating Bill Clinton,...

The Visionary's Handbook: Nine Paradoxes That Will Shape the...

By Means, Howard B.

Visionary's Handbook: Nine Paradoxes That Will Shape the Fut...

By Means, Howard B.