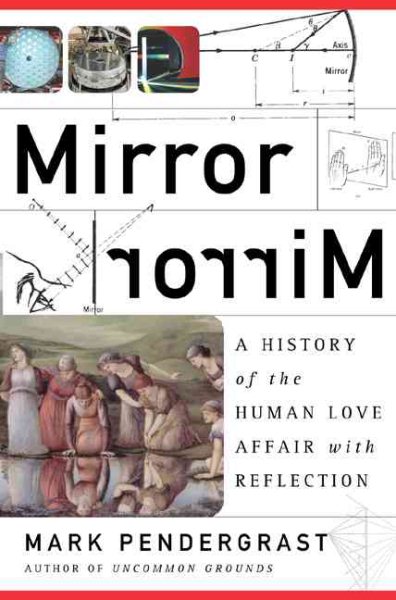 The fascinating tale of one of the most remarkable inventions in human history and its effects on science, myth, religion, manners, and the arts Read More
Of all human inventions, the mirror is perhaps the one most closely connected to our own consciousness. As our first technology for contemplation of the self, the mirror is arguably as important an invention as the wheel. Mirror Mirror is the fascinating story of the mirror's invention, refinement, and use in an astonishing range of human activities--from the fantastic mirrored rooms that wealthy Romans created for their orgies to the mirror's key role in the use and understanding of light. Pendergrast spins tales of the 2,500year mystery of whether Archimedes and his "burning mirror" really set faraway Roman ships on fire; the medieval Venetian glassmakers, who perfected the technique of making large, flat mirrors from clear glass and for whom any attempt to leave their cloistered island was punishable by death; Isaac Newton, whose experiments with sunlight on mirrors once left him blinded for three days; the artist David Hockney, who holds controversial ideas about Renaissance artists and their use of optical devices; and George Ellery Hale, the manic-depressive astronomer and telescope enthusiast who inspired (and gave his name to) the twentieth century's largest ground-based telescope. Like mirrors themselves, Mirror Mirror is a book of endless wonder and fascination. Read Less

Goodreads reviews for Mirror, Mirror & A History Of The Human Love Affair With Reflection

Uncommon Grounds: The History of Coffee and How It Transform...

For God, Country, and Coca-Cola