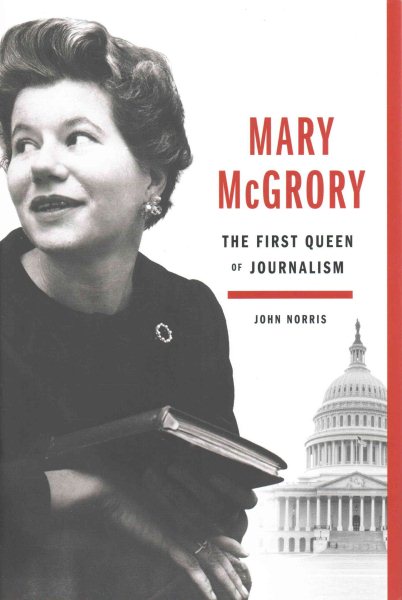 Chronicles the life and career of the Pulitzer Prize-winning commentator and journalist, from her first assignment covering the Army-McCarthy hearings to her coverage of the Watergate scandal and controversial criticism of President Bush after September 11. Read More
A wildly entertaining biography of the trailblazing Washington columnist and the first woman to win the Pulitzer Prize for commentary Before there was Maureen Dowd or Gail Collins or Molly Ivins, there was Mary McGrory. She was a trailblazing columnist who achieved national syndication and reported from the front lines of American politics for five decades. From her first assignment reporting on the Army–McCarthy hearings to her Pulitzer-winning coverage of Watergate and controversial observations of President Bush after September 11, McGrory humanized the players on the great national stage while establishing herself as a uniquely influential voice. Behind the scenes she flirted, drank, cajoled, and jousted with the most important figures in American life, breaking all the rules in the journalism textbook. Her writing was admired and feared by such notables as Lyndon Johnson (who also tried to seduce her) and her friend Bobby Kennedy who observed, “Mary is so gentle—until she gets behind a typewriter.” Her soirees, filled with Supreme Court justices, senators, interns, and copy boys alike, were legendary. Writing about Donald Trump's first divorce in 19990, she said, "Watching the Trumps, Washington thinks of itself as wholesome.’”As the red-hot center of the Beltway in a time when the newsrooms were dominated by men, McGrory makes for a powerfully engrossing subject. Laced with juicy gossip and McGrory’s own acerbic wit, John Norris’s colorful biography reads like an insider’s view of latter-day American history—and one of its most enduring characters.  Read Less

Goodreads reviews for Mary McGrory: The First Queen of Journalism

Essay Towards the Theory of the Ideal or Intelligible World