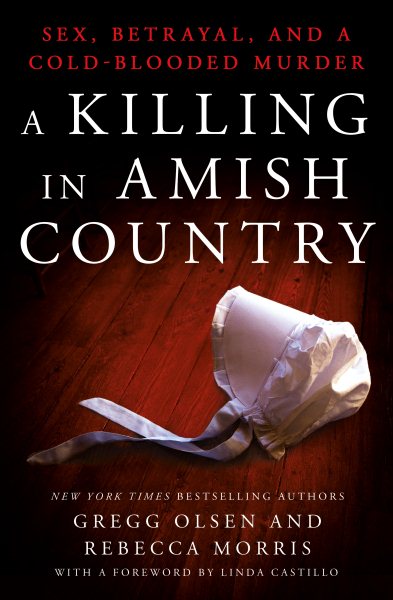 Reccounts the 2009 murder of an Amish wife and mother whose husband, obsessed with modern amenities and technology, arranged with his conservative Mennonite mistress. Read More
At just 30 years old, with dark-blonde hair and freckles, Barbara Weaver was as pretty as the women depicted on the covers of her favorite "bonnet" stories - romance novels set in Amish America. Barbara had everything she'd ever wanted: five beautiful children, a home, her faith, and a husband named Eli. But while Barbara was happy to live as the Amish have for centuries - without modern conveniences, Eli was tempted by technology: cell phones, the Internet, and sexting. Online he called himself "Amish Stud" and found no shortage of "English" women looking for love and sex. Twice he left Barbara and their children, was shunned, begged for forgiveness, and had been welcomed back to the church. Barb Raber was raised Amish, but is now a Conservative Mennonite. She drove Eli to appointments in her car, and she gave him what he wanted when he wanted: a cell phone, a laptop, rides to his favorite fishing and hunting places, and, most importantly, sex. When Eli starts asking people to kill his wife for him, Barb offers to help. One night, just after Eli had hitched a ride with a group of men to go fishing in the hours before dawn, Barb Raber entered the Weaver house and shot Barbara Weaver in the chest at close range.It was only the third murder in hundreds of years of Amish life in America, and it fell to Edna Boyle, a young assistant prosecutor to seek justice for Barbara Weaver. Read Less

Goodreads reviews for A Killing in Amish Country: Sex, Betrayal, and a Cold-blooded Murder

Lying Next to Me

A Killing in Amish Country: Sex, Betrayal, and a Cold-bloode...