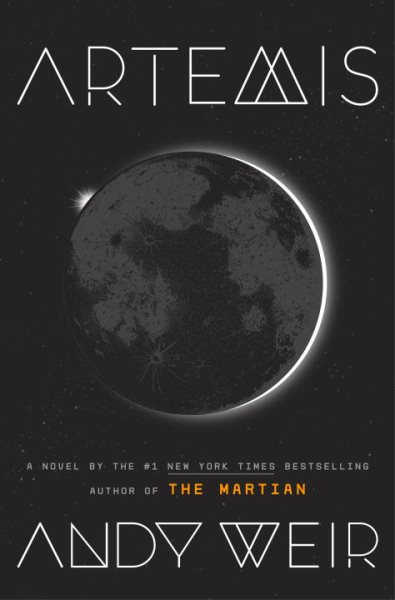 Augmenting her limited income by smuggling contraband to survive on the Moon's wealthy city of Artemis, Jazz agrees to commit what seems to be a perfect, lucrative crime, only to find herself embroiled in a conspiracy for control of the city. Read More
<b>The bestselling author of <i>The Martian</i> returns with an irresistible new near-future thriller—a heist story set on the moon.</b><br><br>Jasmine Bashara never signed up to be a hero. She just wanted to get rich. <br>  <br> Not crazy, eccentric-billionaire rich, like many of the visitors to her hometown of Artemis, humanity’s first and only lunar colony. Just rich enough to move out of her coffin-sized apartment and eat something better than flavored algae. Rich enough to pay off a debt she’s owed for a long time.<br>  <br> So when a chance at a huge score finally comes her way, Jazz can’t say no. Sure, it requires her to graduate from small-time smuggler to full-on criminal mastermind. And it calls for a particular combination of cunning, technical skills, and large explosions—not to mention sheer brazen swagger. But Jazz has never run into a challenge her intellect can’t handle, and she figures she’s got the ‘swagger’ part down. <br>  <br> The trouble is, engineering the perfect crime is just the start of Jazz’s problems. Because her little heist is about to land her in the middle of a conspiracy for control of Artemis itself. <br>  <br> Trapped between competing forces, pursued by a killer and the law alike, even Jazz has to admit she’s in way over her head. She’ll have to hatch a truly spectacular scheme to have a chance at staying alive and saving her city. <br>  <br> Jazz is no hero, but she is a very good criminal. <br>  <br> That’ll have to do. <br>  <br> Propelled by its heroine’s wisecracking voice, set in a city that’s at once stunningly imagined and intimately familiar, and brimming over with clever problem-solving and heist-y fun, <i>Artemis </i>is another irresistible brew of science, suspense, and humor from #1 bestselling author Andy Weir. Read Less

Goodreads reviews for Artemis: A Novel