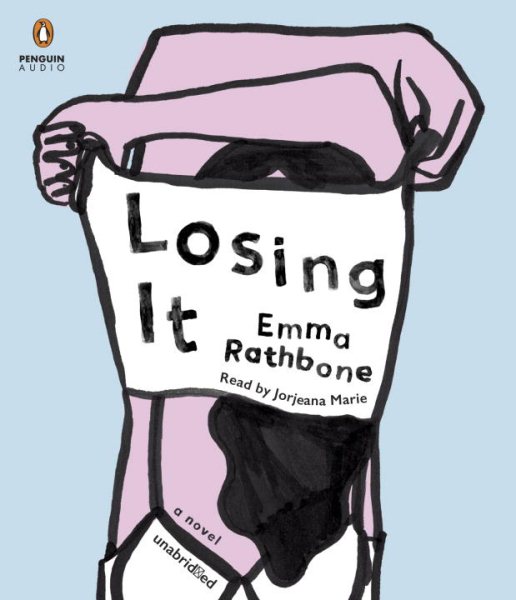 Still a virgin at age twenty-six, Julia visits her mysterious aunt Vivienne in North Carolina and discovers that her aunt is also a virgin, a finding that compels Julia to discover the reasons behind her aunt's chaste circumstances to avoid the same fate. Read More
"Wise and witty... Losing It is cringingly insightful about sex and dating and all the ways we tie ourselves into knots over both." --The New York Times Book ReviewA hilarious novel that Maggie Shipstead calls "charming... witty and insightful," about a woman who still has her virginity at the age of twenty-six, and the summer she's determined to lose it—and find herself.Julia Greenfield has a problem: she's twenty-six years old and she's still a virgin. Sex ought to be easy. People have it all the time! But, without meaning to, she made it through college and into adulthood with her virginity intact. Something's got to change. To re-route herself from her stalled life, Julia travels to spend the summer with her mysterious aunt Vivienne in North Carolina. It's not long, however, before she unearths a confounding secret—her 58 year old aunt is a virgin too. In the unrelenting heat of the southern summer, Julia becomes fixated on puzzling out what could have lead to Viv's appalling condition, all while trying to avoid the same fate.For readers of Rainbow Rowell and Maria Semple, and filled with offbeat characters and subtle, wry humor, Losing It is about the primal fear that you just. might. never. meet. anyone. It's about desiring something with the kind of obsessive fervor that almost guarantees you won't get it. It's about the blurry lines between sex and love, and trying to figure out which one you're going for. And it's about the decisions—and non-decisions—we make that can end up shaping a life. Read Less

Goodreads reviews for Losing It: A Novel

The Patterns of Paper Monsters

45 Levels to Sexual Understanding and Enjoyment

By Robert A. Harper & Walter Stokes

A Home of your own with the best mortgage for you: The consu...