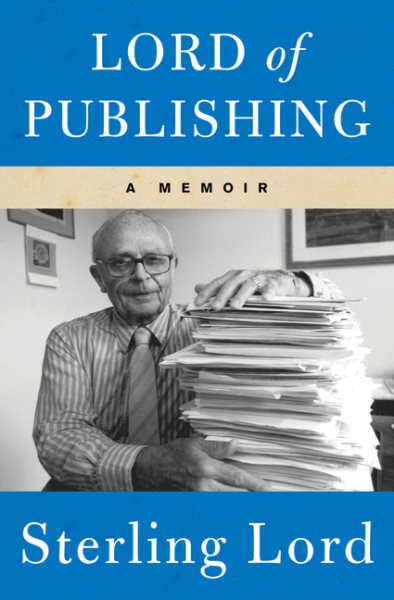 The author describes his life and his sixty-year career as a high-profile literary agent and publisher, including his relationships with such figures as Jack Kerouac, Ken Kesey, Jimmy Breslin, and Jacqueline Kennedy Onassis. Read More
A frank and insightful memoir of a life spent in publishing, by one of literature’s most legendary agentsSterling Lord has led an extraordinary life, from his youth in small-town Iowa to his post-war founding and editing of an English-language magazine in Paris, followed by his move to New York City to become one of the most powerful literary agents in the field. As agent to Jack Kerouac, Ken Kesey, and countless others—ranging from Jimmy Breslin and Rocky Graziano to the Berenstains and four US cabinet members—Lord is the decisive influence and authors’ confidant who has engineered some of the most important book deals in literary history. In Lord of Publishing, his memoir of life and work (and tennis), Lord reveals that he is also a consummate storyteller. Witty and wise, he brings to life what was arguably the greatest era of book publishing, and gives a brilliant insider’s scoop on the key figures of the book business—as well as some of the most remarkable books and authors of our time.  Read Less

Goodreads reviews for Lord of Publishing: A Memoir

ALBERT ACHWEITZER OUT OF MY LIFE & THROUGHT