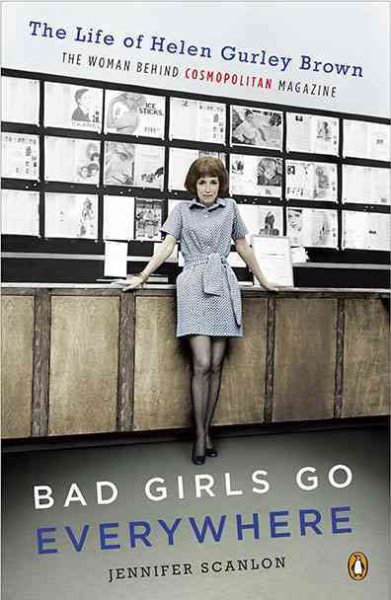 A biography of the longtime "Cosmopolitan" editor and author of "Sex and the Single Girl" emphasizes her contribution to feminism through her role as an advocate of professional accomplishment and sexual freedom for women. Read More
The biography of the revolutionary magazine editor who created the “Cosmo Girl” before Sex and the City’s Carrie Bradshaw was even bornAs the author of the iconic Sex and the Single Girl (1962) and the editor-in-chief of Cosmopolitan magazine for over three decades, Helen Gurley Brown (1922–2012) changed how women thought about sex, money, and their bodies in a way that resonates in our culture today. In Jennifer Scanlon's widely acclaimed biography, the award-winning scholar reveals Brown’s incredible life story from her escape from her humble beginnings in the Ozarks to her eyebrow-raising exploits as a young woman in New York City, and her late-blooming career as the world's first "lipstick feminist." A mesmerizing tribute to a legend, Bad Girls Go Everywhere will appeal to everyone from Sex and the City and Mad Men fans to students of women's history and media studies. Read Less

Proceedings of the 109th Annual Communication of The M. W. G...