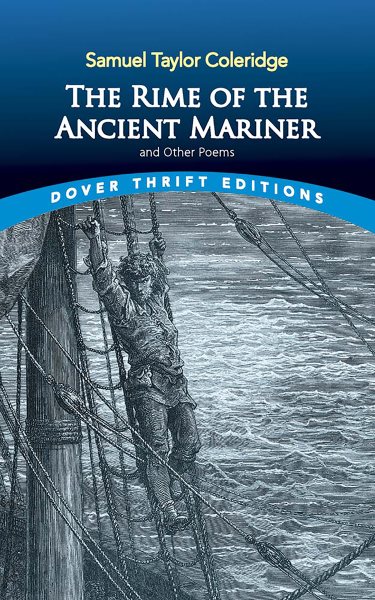 Great title poem plus "Kubla Khan," "Christabel," 20 other sonnets, lyrics, odes: "Frost at Midnight," "The Nightingale," "The Pains of Sleep," "To William Wordsworth," "Youth and Age," more. All reprinted from authoritative edition. Read More
One of the great narrative poems in English, "The Rime of the Ancient Mariner" is admired for its fluid meter and masterly structure, accurate observation of sensuous detail and mystic power. Coleridge asserted that his aim in writing the poem was to make the supernatural seem real. Now readers can enjoy this landmark of English literature and over twenty other poems by Coleridge in this inexpensive, authoritative edition. Included are two other famous narrative poems, "Kubla Khan" and "Christabel," along with a selection of sonnets, lyrics, and odes. Among these are the moving "Sonnet: To a Friend who asked how I felt when the Nurse first presented my Infant to me," "Frost at Midnight," "The Nightingale," "The Pains of Sleep," "To William Wordsworth," and "Youth and Age." All are reprinted from an authoritative edition. Read Less

Biographia Literaria; or, Biographical Sketches of My Litera...