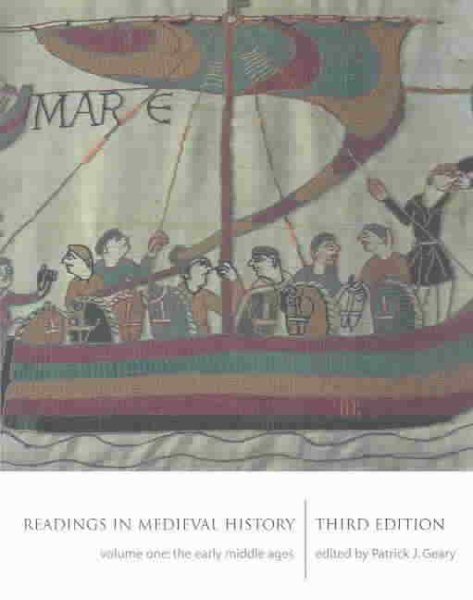 "The best collection of medieval documents in print." - A.J. Andrea, University of Vermont Read More
This is the third edition of Patrick J. Geary's highly acclaimed collection of source materials on the medieval period. (A single-volume format of the complete text is also available.)As before, four principles guide the selection of materials. First, entire documents are included wherever possible, not snippets. Second, texts are grouped to form dossiers in which the individual documents relate to one another, reflecting the practice of historians themselves. Third, most of the documents chosen have been the subject of significant scholarship. And fourth, raw material for many types of historical investigations is provided: the documents are equally useful to the political historian, the social historian, the cultural historian or the historian of mentalities.The third edition includes an updated Preface, more extensive material from Gregory of Tours, and a new section, "The Iberian Peninsula," containing material that deals with Jews, Muslims, and Heretics. The format of Readings in Medieval History has also been altered to make it more user-friendly. Volume I: The Early Middle Ages includes documents written up to the early 12th century; Volume II: The Later Middle Ages includes documents from the late 11th century on. Read Less