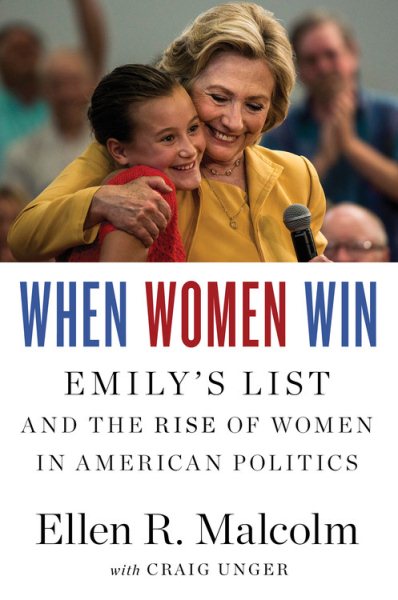 The influential founder of EMILY's List documents the rise of women in elected office throughout the past quarter century, drawing on exclusive interviews with such individuals as Hillary Clinton, Nancy Pelosi, and Tammy Baldwin. Read More
The dramatic inside story of the rise of women in elected office over the past quarter-century, from the pioneering founder of three-million-member EMILY&#39;s List — one of the most influential players in today’s political landscape  In 1985, aware of the near-total absence of women in Congress, Ellen R. Malcolm launched EMILY’s List, a powerhouse political organization that seeks to ignite change by getting women elected to office. The rest is riveting history: Between 1986 — when there were only 12 Democratic women in the House and none in the Senate — and now, EMILY’s List has helped elect 19 women Senators, 11 governors, and 110 Democratic women to the House.    Incorporating exclusive interviews with Hillary Clinton, Nancy Pelosi, Tammy Baldwin, and others, When Women Win delivers stories of some of the toughest political contests of the past three decades, including the historic victory of Barbara Mikulski as the first Democratic woman elected to the Senate in her own right; the defeat of Todd Akin (“legitimate rape”) by Claire McCaskill; and Elizabeth Warren’s dramatic win over incumbent Massachusetts senator Scott Brown.   When Women Win includes Malcolm&#39;s own story — the high drama of Anita Hill’s sexual harassment testimony against Clarence Thomas and its explosive effects on women’s engagement in electoral politics; the long nights spent watching the polls after months of dogged campaigning; the heartbreaking losses and unprecedented victories — but it’s also a page-turning political saga that may well lead up to the election of the first woman president of the United States.       Read Less

Goodreads reviews for When Women Win: EMILY’s List and the Rise of Women in American Politics