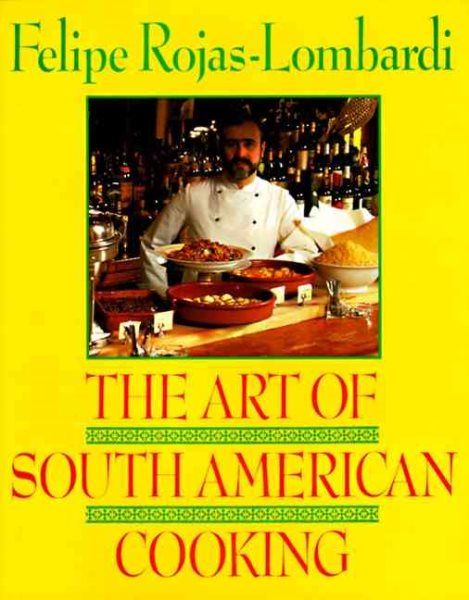 Includes recipes for ceviches, escabeches, empanadas, tamales, soups, seafood, poultry, meat, vegetables, and desserts Read More
As diverse as its history and as varied as the countries that make up the continent, South American cooking combines the agricultural greatness of the pre-Columbian native peoples--responsible for cultivating the potato, tomato, chile pepper, and corn--with the culinary traditions of later arrivals from Spain, Portugal, the west coast of Africa, Italy, and elsewhere to create a delicious cuisine of dimension and depth.Felipe Rojas-Lombardi presents a spectacular array of both innovative and traditional recipes. He begins each chapter with a discussion of how that particular food fits into the fabric of the meal. The more than 250 recipes include ceviches, escabeches, empanadas, tamales, soups, seafood, poultry, meat, vegetables and grains, and desserts; and finally there is a chapter on such basics as how to prepare eggless mayonnaise and corn beer, and how to clean squid. An enormously talented cook and teacher, Felipe brings North Americans the culinary diversity and great food of the continent to our south. Read Less

The A to Z no-cook cookbook

The A to Z no-cook cookbook