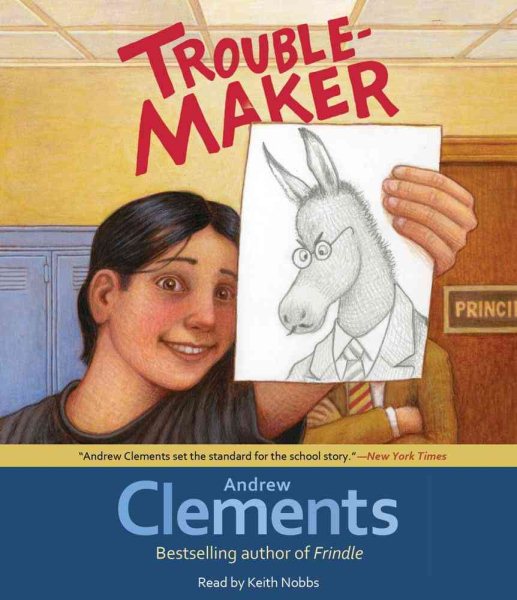 When his older brother gets in serious trouble, sixth-grader Clay decides to change his own mischief-making ways, but he cannot seem to shake his reputation as a troublemaker. Read More
Once a troublemaker, always a troublemaker?Every teacher hopes Holt Adkin will be assigned to someone else’s classroom, and every parent hopes he will befriend another family’s children. Smart, scrappy, and unfazed by punishment, Holt is from a home rife with turmoil. But when Holt’s delinquent older brother Winn begins to wise up and pull his life together, he wants Holt to change too. And so Holt tries. But changing a reputation isn’t as easy as changing your socks, and Holt finds that altering the attitudes of his teachers and peers and taking responsibility for his actions is a monumental challenge…. Andrew Clements’s novel, about mentors, role models, and choosing friends, examines the fine line between good-humored mischief and dangerous behavior—and how everyday choices can close or open doors. Read Less