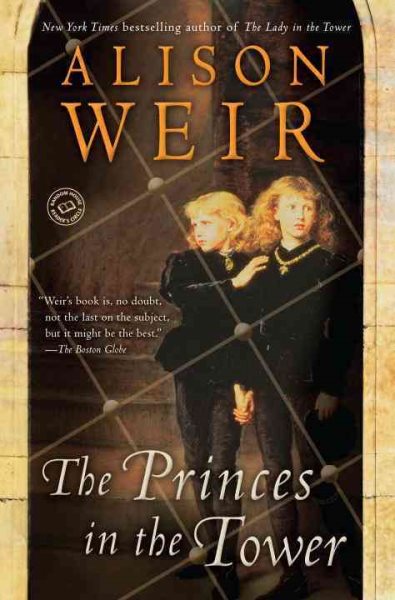 Offers a solution to the centuries-old mystery of the fate of the boy king Edward V and his younger brother, who were believed killed by their uncle, Richard III Read More
Despite five centuries of investigation by historians, the sinister deaths of the boy king Edward V and his younger brother Richard, Duke of York, remain two of the most fascinating murder mysteries in English history. Did Richard III really kill “the Princes in the Tower,” as is commonly believed, or was the murderer someone else entirely? Carefully examining every shred of contemporary evidence as well as dozens of modern accounts, Alison Weir reconstructs the entire chain of events leading to the double murder. We are witnesses to the rivalry, ambition, intrigue, and struggle for power that culminated in the imprisonment of the princes and the hushed-up murders that secured Richard’s claim to the throne as Richard III. A masterpiece of historical research and a riveting story of conspiracy and deception, The Princes in the Tower at last provides a solution to this age-old puzzle. Read Less

Goodreads reviews for The Princes in the Tower

Eleanor of Aquitaine a Life

In the Shadow of Queens: Tales from the Tudor Court