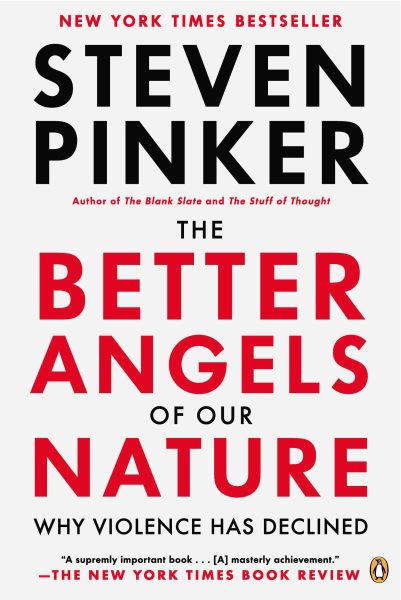 Presents a controversial history of violence which argues that today's world is the most peaceful time in human existence, drawing on psychological insights into intrinsic values that are causing people to condemn violence as an acceptable measure. Read More
“If I could give each of you a graduation present, it would be this—the most inspiring book I've ever read."—Bill Gates (May, 2017)A provocative history of violence—from the New York Times bestselling author of The Stuff of Thought, The Blank Slate, and Enlightenment Now.Believe it or not, today we may be living in the most peaceful moment in our species' existence. In his gripping and controversial new work, New York Times bestselling author Steven Pinker shows that despite the ceaseless news about war, crime, and terrorism, violence has actually been in decline over long stretches of history. Exploding myths about humankind's inherent violence and the curse of modernity, this ambitious book continues Pinker's exploration of the essence of human nature, mixing psychology and history to provide a remarkable picture of an increasingly enlightened world. Read Less

Goodreads reviews for The Better Angels of Our Nature: Why Violence Has Declined

Enlightenment Now: The Case for Reason, Science, Humanism, a...

The Blank Slate: The Modern Denial of Human Nature