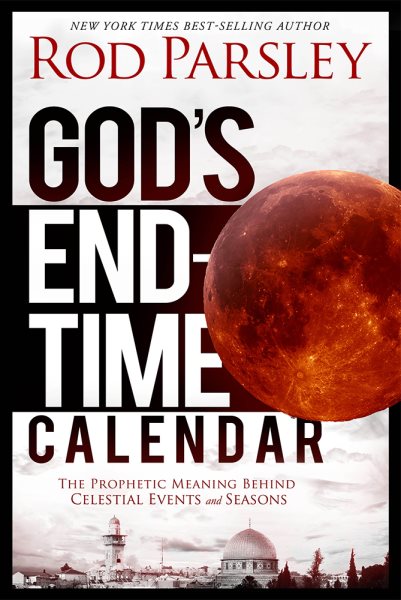 God has given us signs in the heavens as well as in His Word to guide and protect us. Read More
UNFORTUNATELY WE LIVE IN A CULTURE that has made a habit of not just ignoring, but overthrowing time-tested principles that would direct us to virtue and victory if we would observe them. As we see catastrophes and calamities around the world, and the continual upheaval of the foundations and values we hold so dear, we can’t help but wonder what God in heaven is saying to His church. HOW SHOULD WE INTERPRET THE TURMOIL WE SEE AROUND US AND IN THE WORLD? Is there a message God wants to relay by the four blood moons that appeared on the feasts of Passover and Tabernacles in 2014 and 2015? Delve into the prophetic meaning of these signs in God’s End-Time Calendar. This book holds a road map to help you uncover the deep mysteries of God’s intentions for celestial signs, to reveal the connection between the old and new covenants, and to prepare you as we head toward the dawn of eternity. Read Less

Releasing the Power of the Resurrection