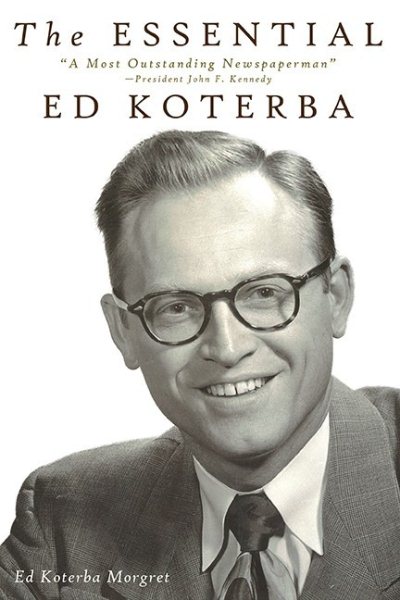 A captivating collection of articles from one of our nation's most beloved journalists of the 1950s Read More
The twin-engine Beechcraft Bonanza flew precariously low along the Pacific coastline. Witnesses say it hit a power line, bounced up, skimmed uncontrollably over the water, and crashed near La Push, Washington. On board was journalist Ed Koterba, father of author Ed Morgret.In a eulogy the next day, June 28, 1961, John F. Kennedy called Koterba "a most outstanding newspaperman." Koterba was a Capitol Hill reporter, White House correspondent, nationally syndicated columnist, and world traveler. Simply put, he was one of the best journalists of his time. His combination of unique, humorous angles and hard-hitting journalism endeared him to more than a million readers.Compiled here are 363 of Koterba's most memorable articles, including dispatches from India, Antarctica, and Communist Czechoslovakia. Also included are "family" articles providing a fascinating look at everyday life in the 1950s.This book is the first ever to examine the career of this extraordinary journalist. Read Less

Goodreads reviews for The Essential Ed Koterba: ''A Most Outstanding Newspaperman''

The Home Owner Handbook of Concrete and Masonry

Man's Many Choices Language in Its Cultural Context