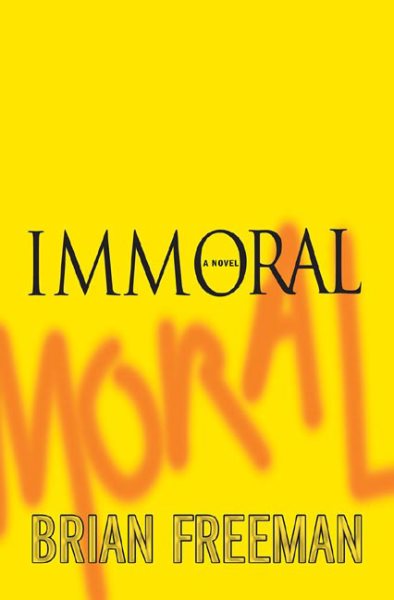 The disappearance of a teenage girl from the streets of Duluth, Minnesota draws Lieutenant Jonathan Stride into a conflict with evil as his search for a serial killer snares him in a web of secrets, lies, and illicit desire. Read More
In a riveting debut thriller that has drawn comparisons to masters of the genre like Dennis Lehane and Michael Connelly, Brian Freeman weaves obsession, sex, and revenge into a story that grips the reader with vivid characters and shocking plot twists from the first page to the last.Lieutenant Jonathan Stride is suffering from an ugly case of déjà vu. For the second time in a year, a beautiful teenage girl has disappeared off the streets of Duluth, Minnesota—gone without a trace, like a bitter gust off Lake Superior. The two victims couldn’t be more different. First it was Kerry McGrath, bubbly, sweet sixteen. And now Rachel Deese, strange, sexually charged, a wild child. The media hounds Stride to catch a serial killer, and as the search carries him from the icy stillness of the northern woods to the erotic heat of Las Vegas, he must decide which facts are real and which are illusions. And Stride finds his own life changed forever by the secrets he uncovers. Secrets that stretch across time in a web of lies, death, and illicit desire. Secrets that are chillingly…immoral. Read Less