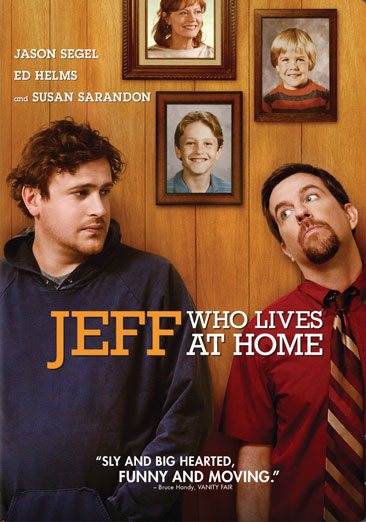 A man who lives with his parents goes out with his brother for the day and attempts to stalk his unfaithful wife. Read More
Starring Jason Segel (Forgetting Sarah Marshall, TV’s How I Met Your Mother), Ed Helms (Hangover I & II) and Academy Award®-winner Susan Sarandon, Jeff Who Lives at Home is the story of one man’s hilarious search for the meaning of life. As slacker Jeff stumbles towards enlightenment, he uncovers answers to his nagging family’s problems. Jeff has no idea where he’s going but when he finally gets there, he might just find out what it’s all about in this “gem of a movie that is funny, tender and ultimately moving.” (Mark Adams, SCREENDAILY) Read Less