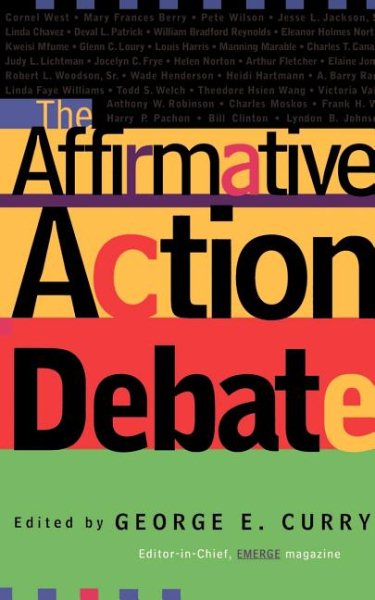 Politicians, executives, lawyers, and social researchers discuss affirmative action policies, their benefits and problems, and alternative solutions to discrimination Read More
The Affirmative Action Debate collects the leading voices on all sides of this crucial dialogue. A provocative range of politicians, researchers, legal experts, and businesspeople dispute the best way to fight discrimination. Their essays explore such questions as, How did affirmative-action policies come to be? Who benefits most from them, and who suffers? How do these programs work in hiring, contracting, college admissions, and other fields? What will recent Supreme Court rulings and legislative initiatives mean? And, most fundamentally, does any race-conscious remedy simply perpetuate discrimination? Recognizing affirmative action as more than a black-and-white issue, this book includes the voices of women, Latinos, and Asian-Americans who are also affected but often ignored. A sourcebook of solid facts and surprising arguments, The Affirmative Action Debate is the one book you need to understand and discuss the nation&#39;s sharpest political divide. Read Less

Struggles in the Promised Land: Towards a History of Black-J...