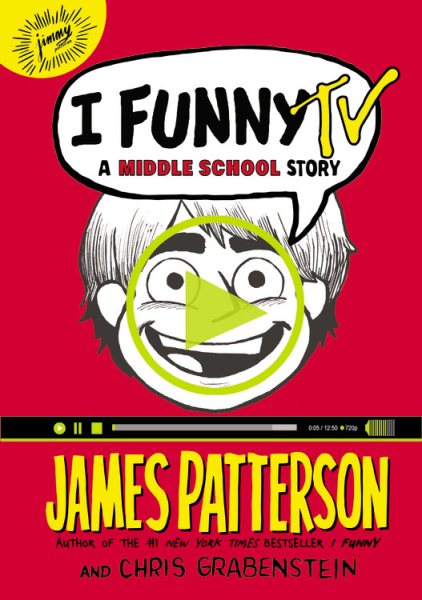 Wheelchair-bound student Jamie's recent victory in the Planet's Funniest Kid Comic Contest leads to a television sitcom based on his life, but being on the show forces him to balance his success with being a good friend. Read More
Jamie Grimm has hit the big time in book four of the #1 bestselling I Funny series! Jamie Grimm has finally accomplished his dream of proving himself the Planet's Funniest Kid Comic, and the sky's the limit from there. Enter a couple of TV executives with a huge plan for Jamie: a new show about Jamie and his oddball friends! But when Jamie struggles to learn the acting ropes, will it be an early curtain call for the biggest show of the decade? Read Less

Goodreads reviews for I Funny TV: A Middle School Story (I Funny, 4)