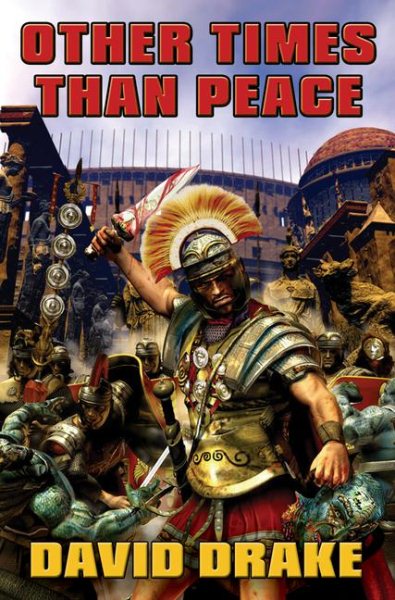 A collection of military science fiction tales journeys to the past, present, and future as it chronicles the exploits of a squadron of space fighter pilots who are lost in an interstellar void when their mother ship is destroyed, a Roman soldier who must destroy a usurper who is a figurehead for alien invaders, and two Vietnam vets who battle an insectoid horror, among others. Read More
In the past, the present, or the future, life is grim and often short for the few who protect the many, usually for little pay, less gratitude, and dim prospects of growing old.A squadron of fighter spacecraft, their mother ship destroyed, are lost in the interstellar void. They have little hope of finding their way home, and that home may already have been destroyed.A Roman soldier, serving both his emperor and creatures beyond his comprehension, must destroy a usurper who is the catspaw for beings from another world with very unpleasant plans for this one.Two battle-scarred Vietnam veterans battle the insectoid horror abducting humans for a purpose to which death is infinitely preferable.The alien enemy at war with humans and their allies has blown up Halley's comet. Can Earth uncover the reason for this apparently meaningless act before it's too late?And two new Hammer's Slammers adventures. And more. Soldiers battling throughout space and time, as only David Drake can portray them, doing what they have to do to keep the darkness away from hearth and home, even if they have little chance of surviving to return there. Read Less

Goodreads reviews for Other Times Than Peace

An Honorable Defense (Crisis of Empire, No 1)