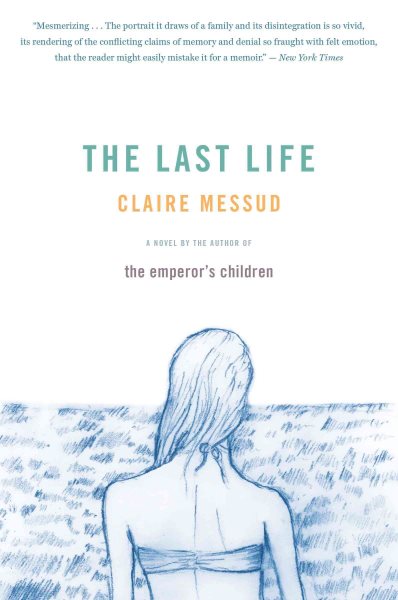 In a story set between North Africa, France, and New England, the Algerian LaBasse family's secrets begin to unravel--a trigger-happy grandfather, a mother who pretended to be French, and a bastard child. Read More
Narrated by a fifteen-year-old girl with a ruthless regard for truth, The Last Life is a beautifully told novel of lies and ghosts, love and honor. Set in colonial Algeria, and in the south of France and New England, it is the tale of the LaBasse family, whose quiet integrity is shattered by the shots from a grandfather&#39;s rifle. As their world suddenly begins to crumble, long-hidden shame emerges: a son abandoned by the family before he was even born, a mother whose identity is not what she has claimed, a father whose act of defiance brings Hotel Bellevue--the family business--to its knees. Messud skillfully and inexorably describes how the stories we tell ourselves, and the lies to which we cling, can turn on us in a moment. Read Less

Goodreads reviews for The Last Life: A Novel