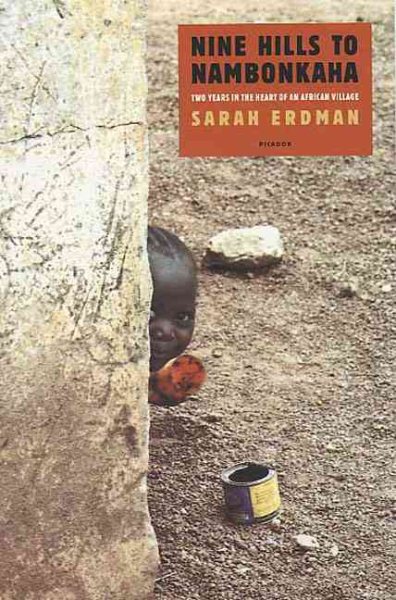 A Peace Corps worker offers a portrayal of an African village that stands on the brink of modernity, caught between ancient superstitions and the era of the cell phone as they struggle with AIDS and other life-threatening problems. Read More
A portrait of a resilient African village, ruled until recently by magic and tradition, now facing modern problems and responding, often triumphantly, to changeWhen Sarah Erdman, a Peace Corps volunteer, arrived in Nambonkaha, she became the first Caucasian to venture there since the French colonialists. But even though she was thousands of miles away from the United States, completely on her own in this tiny village in the West African nation of Côte d'Ivoire, she did not feel like a stranger for long. As her vivid narrative unfolds, Erdman draws us into the changing world of the village that became her home. Here is a place where electricity is expected but never arrives, where sorcerers still conjure magic, where the tok-tok sound of women grinding corn with pestles rings out in the mornings like church bells. Rare rains provoke bathing in the streets and the most coveted fashion trend is fabric with illustrations of Western cell phones. Yet Nambonkaha is also a place where AIDS threatens and poverty is constant, where women suffer the indignities of patriarchal customs, where children work like adults while still managing to dream. Lyrical and topical, Erdman's beautiful debut captures the astonishing spirit of an unforgettable community. Read Less

Goodreads reviews for Nine Hills to Nambonkaha: Two Years in the Heart of an African Village

Nine Hills to Nambonkaha: Two Years in the Heart of an Afric...

Facing Codependence: What It Is, Where It Comes from, How It...