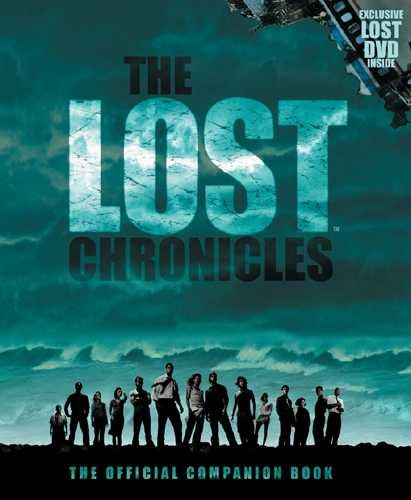 A companion to the television series chronicles the adventures of a group of plane crash survivors on a mysterious South Pacific island, including a detailed episode guide, profiles of cast and crew, and backstories about the characters. Read More
The Lost Chronicles is the first official tie-in book to the popular television series. The show takes place on a remote South Pacific island, where a plane crash has left 48 survivors stranded. Forced to scavenge what they can from the plane for their survival, some panic, some pin their hopes on rescue, a few find inner strength they never knew they had. The band of friends, family, enemies, and strangers must work together against the cruel weather and harsh terrain if they want to stay alive. But the island holds many secrets, including the intense howls of the mysterious creatures stalking the jungle, which fill them all with fear. Fortunately, thanks to the calm leadership of quick-thinking Jack and level-headed Kate, they have hope. But even heroes have secrets, as the survivors will come to learn. Read Less

Goodreads reviews for The Lost Chronicles: The Official Companion Book with Bonus DVD Behind the Scenes of LOST

Behind the Mask of Spider-Man: The Secrets of the Movie