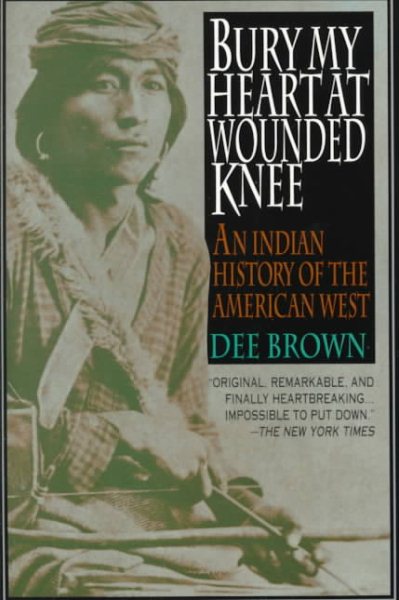 Documents and personal narratives record the experiences of the American Indian during the nineteenth century Read More
A true classic of American history, Bury My Heart at Wounded Knee is Dee Brown’s eloquent, meticulously documented account of the systematic destruction of the American Indian during the second half of the nineteenth century. Using council records, autobiographies, and firsthand descriptions, Brown allows the great chiefs and warriors of the Dakota, Ute, Sioux, Cheyenne, and other tribes to tell in their won words of the battles, massacres, and broken treaties that finally left them demoralized and defeated. A unique and disturbing narrative told with force and clarity, this book changed forever our vision of how the West was really won. Read Less

Goodreads reviews for Bury My Heart at Wounded Knee: An Indian History of the American West

Bury My Heart at Wounded Knee

Bury My Heart At Wounded Knee: An Indian History Of The Amer...

Folktales of the Native American: Retold for Our Times