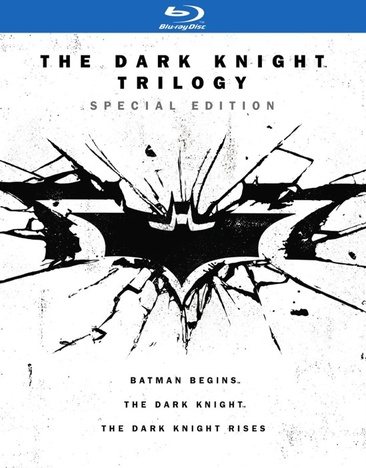 "Timed for Batman v Superman: DOJ and Suicide Squad releases, The Dark Knight Trilogy Special Edition is a premium collection for casual fans and gift givers at just the right price! Contains; Batman Begins, The Dark Knight and The Dark Knight Returns." Read More
In an effort to the deal with the death of his parents years before, a young Bruce Wayne travels the world in search of answers and comes back to Gotham City with the skills necessary to fight the injustices around him; Batman has had success in facing criminals in Gotham City, but when a vicious criminal calling himself the Joker comes on the scene Batman must walk a fine line between being a hero and being a vigilante; after eight years of relative peace in Gotham City, Batman re-emerges to fend off a deadly new terrorist threat spearheaded by the powerful villain, Bane. Read Less