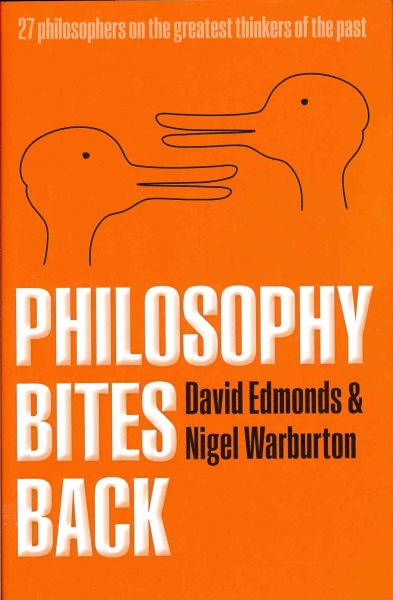 Presents interviews with leading philosophers who discuss the ideas and works of the most important philosophers throughout history, including Socrates, Wittgenstein, and Derrida. Read More
Philosophy Bites Back is the second book to come out of the hugely successful podcast Philosophy Bites. It presents a selection of lively interviews with leading philosophers of our time, who discuss the ideas and works of some of the most important thinkers in history. From the ancient classics of Socrates, Plato, and Aristotle, to the groundbreaking modern thought of Wittgenstein, Rawls, and Derrida, this volume spans over two and a half millennia of western philosophy and illuminates its most fascinating ideas. Philosophy Bites was set up in 2007 by David Edmonds and Nigel Warburton. It has had over 12 million downloads, and is listened to all over the world. Read Less

Goodreads reviews for Philosophy Bites Back