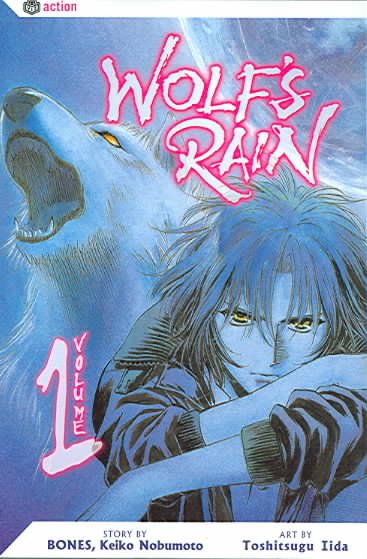 A two-volume manga adaptation of the fantasy anime series follows a pack of wolves as they attempt to find a mysterious paradise called "Rakuen" meant only for creatures of their kind. Read More
Four Wolves on the Road to Paradise Humans thought the wolves died off two centuries ago in this bleak post-apocalyptic wasteland. But some survivors lurk among the humans by mentally cloaking their animal bodies. One white wolf, Kiba, scours the land for the scent of the Lunar Flower that will lead them all to Paradise... Read Less