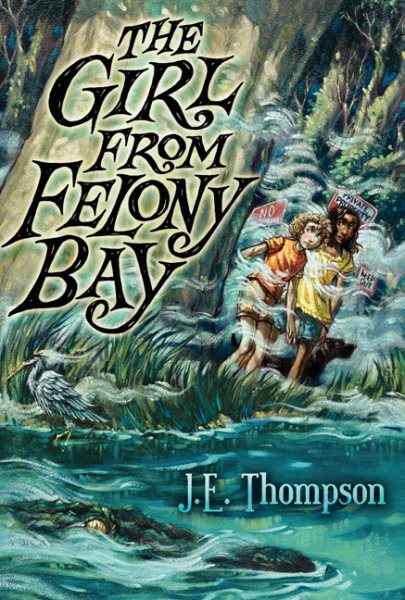 Forced to move in with her alcoholic uncle after her father is framed for a terrible crime, Abbey resolves to clear her father's name while outmaneuvering a bully and tackling a mystery on her family's estate with the help of a curious newcomer. Read More
The Girl from Felony Bay is a fresh, vibrant, funny, and heartwarming debut in the vein of Sheila Turnage&#39;s Three Times Lucky and Clare Vanderpool&#39;s Moon over Manifest. Set on a southern plantation, it&#39;s about a young girl named Abbey, her best friend, Bee, and a hundred-year-old mystery.The last year has been a rough one for Abbey Force. Her father has been in a coma since his accident, in which he was framed for a terrible crime he didn&#39;t commit. And their home, Reward Plantation, had to be sold to pay off his debt to society. So Abbey is stuck living with her Uncle Charlie, who isn&#39;t exactly an ideal role model. But things just got more interesting. The new family who moved in to Reward Plantation has a daughter named Bee, and she&#39;s just as curious as Abbey is about the No Trespassing signs and holes being dug out of Felony Bay. It seems like someone has been poking around a mystery that dates all the way back to the Civil War—and it just might be the same someone who framed Abbey&#39;s father. Read Less