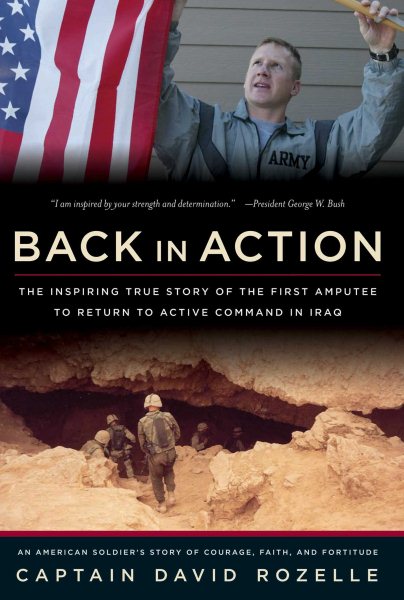 A soldier wounded by a land mine in Iraq chronicles his recovery and his long fight back to participate in an Olympic-distance triathlon, as well as skiing and snowboarding--all the while keeping his spirits high. Read More
The Inspiring True Story of the First Amputee to Return to Active Command in Iraq...In Back in Action: An American Soldier's Story of Courage, Faith, and Fortitude, Captain David Rozelle tells the whole gripping story: from the day he had to tell his pregnant wife that he was going to war (Valentine's Day 2003) and deployed tor Operation Iraqi Freedom, to the fateful day four months later when a land mine tore off his right foot—and beyond, through months of agonizing rehabilitation to his final triumphant recertificationo as "Fit for Duty." Read Less

Goodreads reviews for Back In Action: An American Soldier's Story Of Courage, Faith And Fortitude

Economic Development: Past and Present

The Night Before Christmas