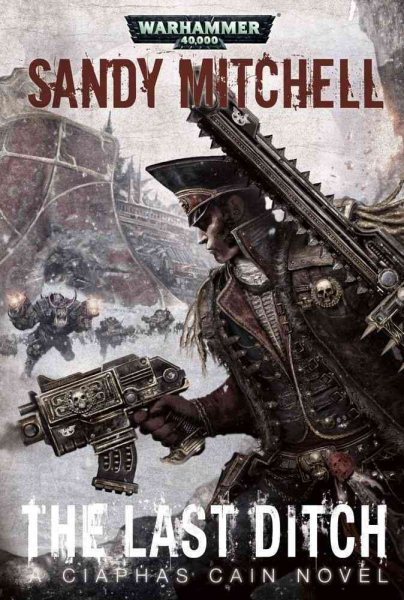 When he crashes into the wastelands outside the Nusquam Fundumentibus capital, Ciaphas Cain awakens an enemy that has been dormant for eons, a situation that is complicated by greenskin raids and the impulses of an enthusiastic novice commissar. Read More
The latest Ciaphas Cain novel in softbackImperial commissar Ciaphas Cain returns to Nusquam Fundumentibus to crush the ork attacks which have been plaguing the frozen planet. But when his ship crashes into the wastelands outside the capital it disturbs a far greater enemy, one which has lain dormant under the permafrost since long before the Imperium came to this world, and could now threaten the whole sector. Faced with ongoing greenskin raids and keeping an over-enthusiastic novice commissar under control, Cain must rally his men and confront whatever emerges from beneath the rapidly melting ice... Read Less