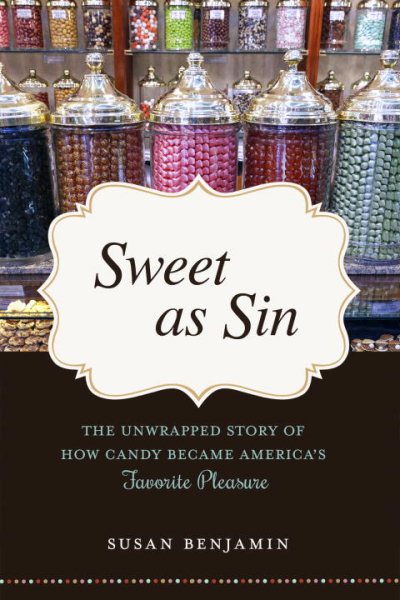 A history of candy from the ancient Egyptian cultivation of the marshmallow plant to modern confectionaries includes humanity's changing palette over the centuries, the many uses of chocolate, and the connection between candy and world events. Read More
RECOMMENDED BY SMITHSONIAN MAGAZINE AS A "BEST BOOK ABOUT FOOD OF 2016"!READERS WITH AN INTEREST IN THE HISTORY OF FOOD AND AMERICANA WILL SAVOR THIS CULTURAL HISTORYThere’s more to candy than its sugary taste. As this book shows, candy has a remarkable history, most of it sweet, some of it bitter. The author, a food historian and candy expert, tells the whole story—from the harvesting of the marshmallow plant in ancient Egypt to the mass-produced candy innovations of the twentieth century. Along the way, the reader is treated to an assortment of entertaining facts and colorful characters. These include a deposed Mexican president who ignited the modern chewing gum industry, the Native Americans who created pemmican, an important food, by mixing fruit with dried meat, and the little-known son of a slave woman who invented the sugar-processing machine still in use today. Susan Benjamin traces people’s changing palate over the centuries as roots, barks, and even bugs were savored as treats. She surveys the many uses of chocolate from the cacao bean enjoyed by Olmec Indians to candy bars carried by GIs in World War II. She notes that many candies are associated with world’s fairs and other major historical events.    Fun and informative, this book will make you appreciate the candy you love even more by revealing the fascinating backstory behind it. Read Less

Goodreads reviews for Sweet as Sin: The Unwrapped Story of How Candy Became America's Favorite Pleasure

The First 25 Years of Halcyon Days Enamels: The Revival of a...

The Life of Our Lord