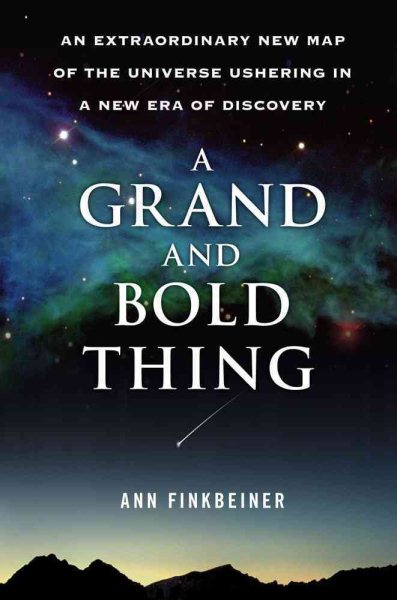 Finkbeiner tells the extraordinary story of a group of astronomers that decides to create an enormous map of the universe, an extremely detailed computerized observatory. Read More
LATE IN THE TWENTIETH CENTURY, what had been a fevered pace of discovery in astronomy for many years had slowed. The Hubble Space Telescope continued to produce an astonishing array of images, but the study of the universe was still fractured into domains: measuring the universe’s expansion rate, the evolution of galaxies in the early universe, the life and death of stars, the search for extrasolar planets, the quest to understand the nature of the elusive dark matter. So little was understood, still, about so many of the most fundamental questions, foremost among them: What was the overall structure of the universe? Why had stars formed into galaxies, and galaxies into massive clusters? What was needed, thought visionary astronomer Jim Gunn, recently awarded the National Medal of Science, was a massive survey of the sky, a kind of new map of the universe that would be so rich in detail and cover such a wide swath of space, be so grand and bold, that it would allow astronomers to see the big picture in a whole new way. So was born the Sloan Digital Sky Survey, a remarkable undertaking bringing together hundreds of astronomers and launching a new era of supercharged astronomical discovery, an era of “e-science” that has taken astronomy from the lonely mountaintop observatory to the touch of your fingertips. Critically acclaimed science writer Ann Finkbeiner tells the inside story of the Sloan and how it is revolutionizing astronomy. The Sloan stitched together images of deep space taken over the course of five years, providing a remarkably detailed, three-dimensional map of a vast territory of the universe, all digitized and downloadable for easy searching on a personal computer, and available not only to professional astronomers but to the public as well. Bringing together for the first time images of many millions of galaxies—including the massive structure known as the Sloan Great Wall of galaxies, never seen before—the Sloan is allowing astronomers and armchair enthusiasts alike to watch the universe grow up, providing so many discoveries at such a fast pace that, as one astronomer said, it’s like drinking out of a fire hose. They are watching galaxies forming and galaxies merging with other galaxies, seeing streams of stars swirling out from galaxies, and forming a new understanding of how the smooth soup of matter that emerged from the Big Bang evolved into the universe as we know it. Ann Finkbeiner brings the excitement and the extraordinary potential of this new era of astronomy vividly to life and allows all readers to understand how they, too, can become part of the discovery process. A Grand and Bold Thing is vital reading for all. Read Less

Goodreads reviews for A Grand and Bold Thing: An Extraordinary New Map of the Universe Ushering In A New Era of Discovery

The Jasons: The Secret History of Science's Postwar Elite

The Battle Of Waterloo by J. Christopher Herold