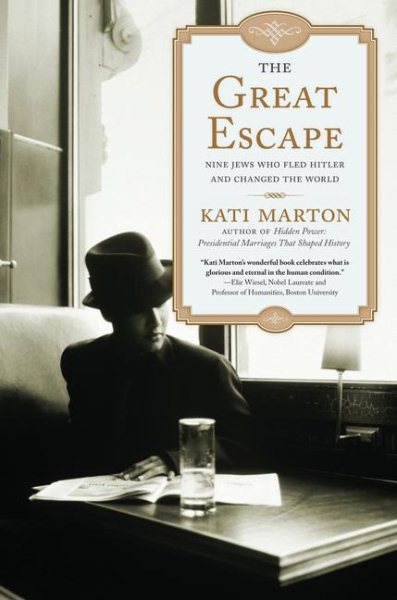 Traces the early twentieth century journey of nine prominent men from Budapest who fled fascism to seek sanctuary in America, where they made pivotal contributions to science, film, and photojournalism. Read More
Extravagantly praised by critics and readers, this stunning story by bestselling author Kati Marton tells of the breathtaking journey of nine extraordinary men from Budapest to the New World, what they experienced along their dangerous route, and how they changed America and the world.This is the unknown chapter of World War II: the tale of nine men who grew up in Budapest's brief Golden Age, then, driven from Hungary by anti-Semitism, fled to the West, especially to the United States, and changed the world. These nine men, each celebrated for individual achievements, were part of a unique group who grew up in a time and place that will never come again. Four helped usher in the nuclear age and the computer, two were major movie myth-makers, two were immortal photographers, and one was a seminal writer. The Great Escape is a groundbreaking, poignant American story and an important untold chapter of the tumultuous last century. Read Less

Enemies of the People: My Family's Journey to America