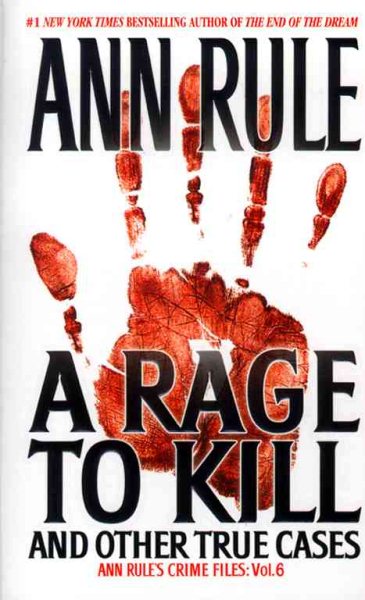 An account of Silas Cool, a gunman who shot the driver of a Seattle bus in transit, causing it to plunge off a bridge into an apartment building, is accompanied by nine other sensational true crime cases that explore the alarming nature of the murderous psyche Read More
Acclaimed for her "devastatingly accurate insight" (The New York Times Book Review) into the criminal mind, Ann Rule has chronicled the most fascinating cases of our time in her bestselling Crime Files series. For this sixth stunning collection, Rule has culled from her private files the most-asked-about homicide cases -- riveting accounts of seemingly normal men and women who are compelled d by a murderous rage to suddenly lash out at innocent victims. Torn from the headlines, here is the case that shocked a nation: the Seattle city bus ride that turned to mayhem and murder at the hands of a gunman. Ann Rule unmasks the forces that drove quiet, clean-cut Silas Cool to shoot the driver, causing the bus to plunge off the Aurora Bridge into an apartment building. The catastrophe left three dead -- including Cool -- and dozens injured. While the scene unfolds as in a terrifying movie, Rule finds very real answers to the haunting question "how could this happen?" -- and expertly constructs the unseen chain of events that resulted in an explosive and shattering tragedy. Included here are nine other sensational cases that illuminate Rule's unique and authoritative view of the human psyche gone temporarily berserk. No one can match Rule's meticulous research, or reveal the motives to murder in such explicit and chilling detail. You may think you know who is safe and who is dangerous; in A Rage to Kill, Ann Rule frighteningly shows that none of us are truly protected from the flashes of irrational violence that can erupt from the killers among us. Read Less

Goodreads reviews for A Rage To Kill and Other True Cases: Anne Rule's Crime Files, Vol. 6