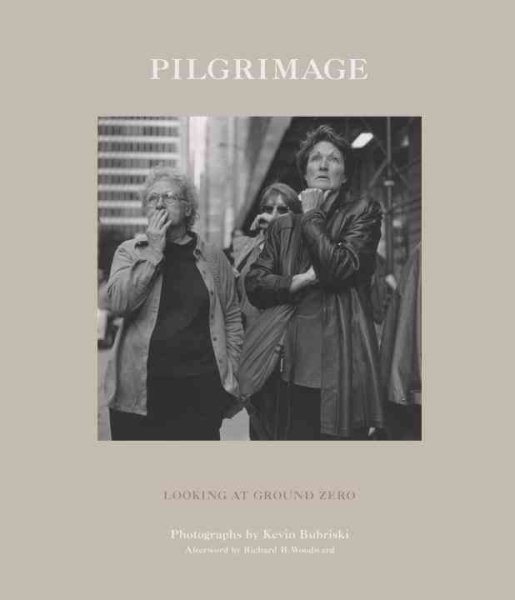 A Vermont photographer presents a series of portraits of mourners and other visitors to the World Trade Center site that emphasizes their social diversity and the universality of their moments of somber reflection. Read More
In the weeks immediately following September 11, Kevin Bubriski made four pilgrimages to the World Trade Center site from his home in Vermont to witness and record the impact of the tragedy. Like so many who had experienced the events from a distance, Bubriski was driven to visit Ground Zero in an attempt to come to terms with the horrifying scenes reported on television and in the papers. At the barricades surrounding the site, Bubriski found people experiencing not only a remarkable sense of community, but also the deepest kind of personal reflection on loss and mortality. Businessmen, teenage friends, families, young lovers, and visitors from around the world approached the site slowly, and eventually came to a full stop, planting their feet firmly as if to keep themselves from wavering or falling. Each visitor then began a moment of quiet reflection, staring off at the mountainous ruins of twisted steel and debris amidst an omnipresent swirl of acidic smoke. It was at this time that the reality of the devastation set in. “[Bubriski’s] photographs are among the most shattering to come out of the event, and the quietest. By keeping his focus on the stunned faces of individuals within a crowd, he has captured a series of private moments within a mass demonstration of surging, national grief. Everyone in the city during those confusing days will recognize the look and remember the feeling all too well.” —Richard B. Woodward Read Less

The Five People You Meet In Heaven

Knights and Castles: A Nonfiction Companion to Magic Tree Ho...