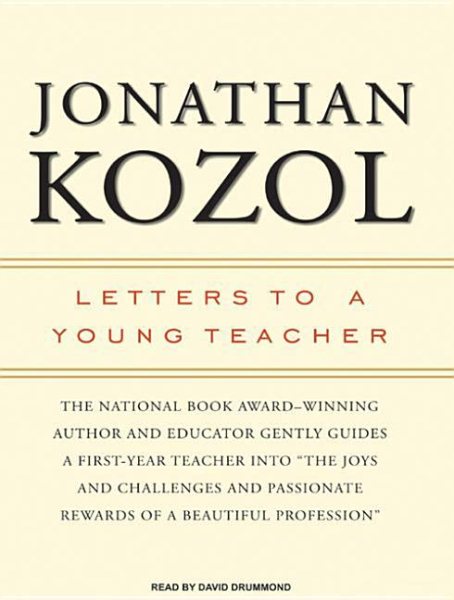 The author shares a series of personal reflections, anecdotes, wisdom, and guidance in his letters to Francesca, a first-year teacher in a Boston elementary school, as he attempts to help her deal with the challenges she encounters. Read More
In these affectionate letters to Francesca, a first grade teacher at an inner-city school in Boston, Jonathan Kozol vividly describes his repeated visits to her classroom while, under Francesca's likably irreverent questioning, also revealing his own most personal stories of the years that he has spent in public schools.Letters to a Young Teacher reignites a number of the controversial issues that Kozol has powerfully addressed in recent years: the mania of high-stakes testing that turns many classrooms into test-prep factories where spontaneity and critical intelligence are no longer valued, the invasion of our public schools by predatory private corporations, and the inequalities of urban schools that are once again almost as segregated as they were a century ago.But most of all, these letters are rich with the happiness of teaching children, the curiosity and jubilant excitement children bring into the classroom at an early age, and their ability to overcome their insecurities when they are in the hands of an adoring and hard-working teacher. Read Less

Goodreads reviews for Letters to a Young Teacher

Death At An Early Age

Death at an Early Age: the Destruction of the Hearts and Min...