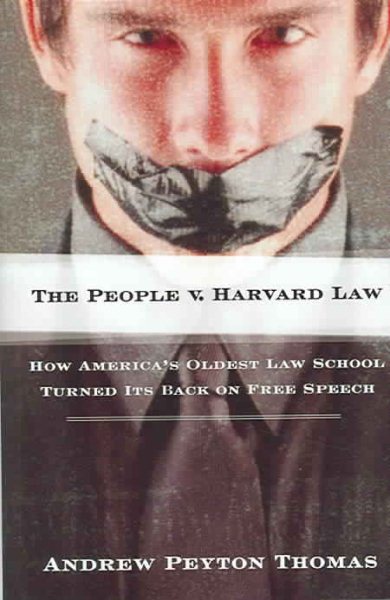 Sixteen-year-old Filipino-American Kiwi Camara was the youngest student ever admitted into Harvard Law School. In 2002, like his fellow first-year classmates, the intellectually-gifted Camara posted his class notes and outlines on the law school's website, where they were accessible to the law school community. The discovery of racial slurs in Camara's notes set off a debate over free speech, dividing the student body and drawing faculty into battles with each other and with school administrators. Thomas documents the events surrounding the controversy and explores what they reveal about issues that have been brewing at Harvard over the last 25 years. A Harvard Law School graduate, Thomas now works as the district attorney of Maricopa County, Arizona. Annotation ©2004 Book News, Inc., Portland, OR (booknews.com) Read More
In 2002, Kiwi Camara, a Filipino-American at Harvard Law School, joined most of his classmates in posting his class outlines for the previous year on the school web site. Controversy ensued because some found aspects of Camara's shorthand racially insensitive. In response, school administrators proposed a speech code. Harvard Law Graduate Andrew Peyton Thomas uses this controversy to take readers inside the administrative offices, faculty lounges, and classrooms of the nation's oldest and most prestigious law school. He finds freedom of speech and basic constitutional liberties clashing with racial demagogues, Marxist-inspired professors, and a smothering orthodoxy that seeks to silence student dissent. Thomas also ventures brilliantly off campus to reveal how what happens at Harvard Law affects the nation whose most powerful institutions are filled with its graduates. Read Less

Crime and the Sacking of America: The Roots of Chaos