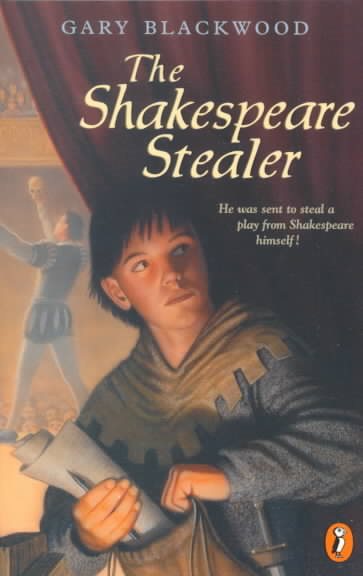 A young orphan boy is ordered by his master to infiltrate Shakespeare's acting troupe in order to steal the script of "Hamlet," but he discovers instead the meaning of friendship and loyalty. Read More
A delightful adveture full of humor and heart set in Elizabethan England!Widge is an orphan with a rare talent for shorthand. His fearsome master has just one demand: steal Shakespeare's play "Hamlet"--or else. Widge has no choice but to follow orders, so he works his way into the heart of the Globe Theatre, where Shakespeare's players perform. As full of twists and turns as a London alleyway, this entertaining novel is rich in period details, colorful characters, villainy, and drama.* "A fast-moving historical novel that introduces an important era with casual familiarity." --School Library Journal, starred review"Readers will find much to like in Widge, and plenty to enjoy in this gleeful romp through olde England" --Kirkus Reviews "Excels in the lively depictions of Elizabethan stagecraft and street life." --Publishers WeeklyAn ALA Notable Book Read Less

Goodreads reviews for The Shakespeare Stealer

The Year of the Hangman