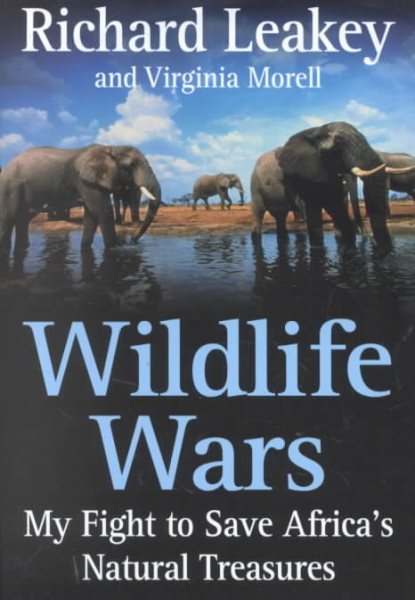 A prominent figure in world conservation and African politics details his crusade to save Kenya's natural resources, especially the African elephant. Read More
Known the world over for his work in early human origins, Richard Leakey was serving as director of Kenya's National Museums when in 1989 President Daniel arap Moi appointed him to run the country's Wildlife Department. The news stunned Leakey. He was suddenly in charge of an enormous bureaucracy whose responsibility was to oversee millions of square acres of parks and sanctuaries, and to protect the animals living in them. Like many other Kenyans, Leakey knew that the country's fabulous wildlife population, in particular, the elephant, was in very real danger. By the late 1980s, the once numberless herds of elephants that roamed its savannas were dwindling fast, victims of poachers armed with automatic weapons, bureaucratic inefficiency, and the world's appetite for ivory. Extinction was more than a theoretical possibility.Wildlife Wars is Leakey's account of these turbulent times, capturing Kenya's struggle to balance the needs of its human population with the task of maintaining the world-famous parks that are its major source of revenue. As candid and controversial as its author, this memoir, cowritten with Leakey family biographer and writer Virginia Morell, is testimony to one man's commitment to save African wildlife and to serve his country. Read Less

Goodreads reviews for Wildlife Wars: My Fight to Save Africa's Natural Treasures